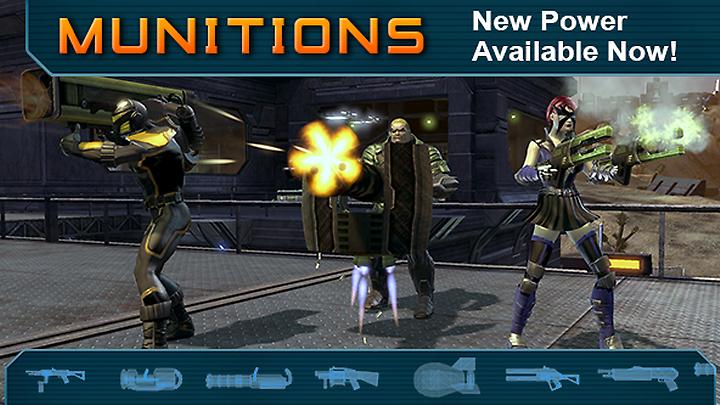 Warning: NEW POWER - Munitions! A new breed of Hero and Villain has been identified. Masters of firearms, explosives, and advanced military technology, these individuals are considered armed and EXTREMELY dangerous. Approach with caution. Their capacity for raw firepower and tactical battlefield control is already legendary.

Before setting out, please review this intel video for a briefing on what to expect in the field. Watch the Official Trailer here!

Taking inspiration from DC Comics characters Sgt. Rock, Jason Todd, Detonator, and others, Munitions brings a new, over the top, run-and-gun style of gameplay to DCUO, for both the Controller and Damage roles.

Munitions is DCUO's 13th power set and is now available in the in-game Marketplace for non-members for 600 Daybreak Cash/Marketplace Cash, and Members already automatically have access.

We are #ReadyForMunitions! Get in game now and blow stuff up!

Previous
New for Legends in DCUO - SHAZAM!
Next
We're Live on Twitch All Week Long!