New for Legends in DCUO - SHAZAM! 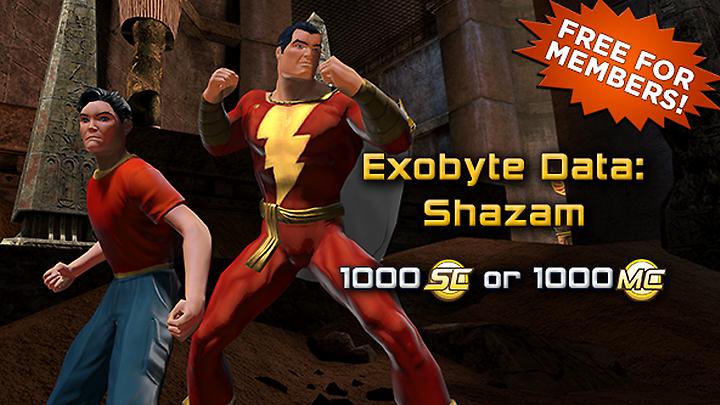 Battle fiendish foes with ancient magic as Shazam! Take on the powers and responsibilities of Billy Batson, and become the worlds mightiest mortal. Summon forth a dizzying array of lightning strikes, and use your magic to stay one step ahead of your foes. Look for Shazam in the Marketplace today!

Members Can Unlock Shazam As Part Of Membership!

Like most Legends characters, Shazam is available for members in-game on the Legends Vendor, for 100 Marks of Legend, on a per character basis.

Available in the Marketplace!

Members and non-members may also purchase Shazam in the Marketplace. The Marketplace version is redeemable for every character on your account.

Previous
Does Your Loot Reside with the Legend of the Oathbound?
Next
Lock and Load! New Power Munitions is Now Available!